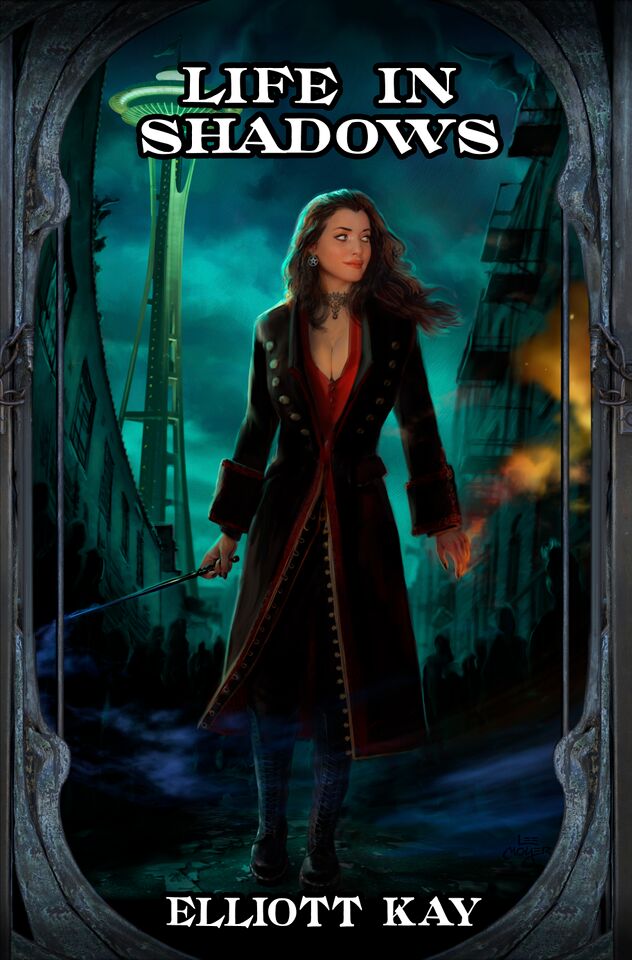 I have a new book out!
Life in Shadows collects three novellas & one novelette from the cast of Good Intentions!

All it takes is a single brush with the supernatural to change a life forever.

Some choose the path of magic and shadow willingly. Others never see the hand of magic as it shapes their fortunes. They face the extraordinary with nothing but courage and wits to guide them. Some mortals become trapped in the conflict between angels and demons and find themselves forever changed.

For all too many, the shadows lead only to an untimely end. For some, however, the shadows offer seductive experiences that draw the newcomer further in…

Life in Shadows collects four stories set in the world of Good Intentions, where one encounter with sorcerers, demons, or a foul-mouthed servant of Heaven is all it takes to turn the world upside down.

All characters are over the age of 18, except the aforementioned reincarnation of an ancient European warlord. That gets sketchy.

ON AMAZON:  http://www.amazon.com/dp/B018VBMPTI
Note: Audible.com will produce an audiobook version. I cannot give you a projected release date yet, but I signed the contract this morning. Additionally, while I’m not making any guarantees on her part, I’ve spoken with Tess Irondale about it and she’s interested in coming back for this book.
Another Note: If you’re wondering about the next book in the Poor Man’s Fight series, I can tell you that my editor received the manuscript for book three a couple weeks ago. We’ll see what she says!
Thank you so much for your continued interest and support!

34 thoughts on “NEW RELEASE! “Life in Shadows” Is Now Available!”