HOT RESTART is available now in ebook and paperback through Amazon!

I’ve been talking about this for a while (and working on it for a LONG while). If you’ve enjoyed Good Intentions OR Poor Man’s Fight, you’ll want to give this a look! 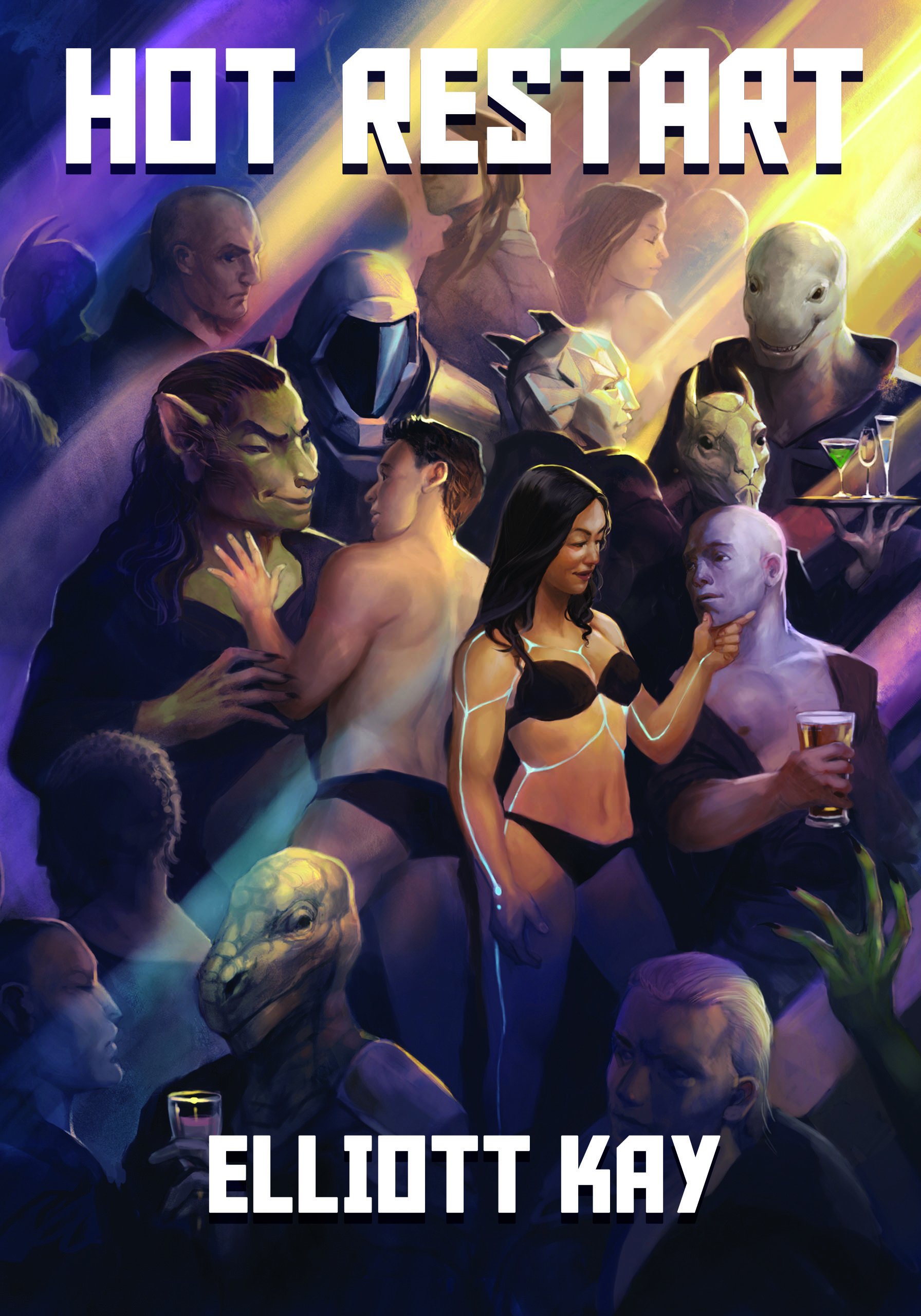 Riley Morgan desperately needs a reset on his life. Pit fights with aliens and illegal salvage jobs are barely enough to get by—until a salvage op turns up a beautiful stranger in a stasis pod and a clear case of kidnapping. Helping her means throwing away what’s left of his life. The trouble only gets deeper when the stranger turns out to be a wildly illegal artificial intelligence built for assassination.

Not sure if an audio edition will happen—I’d love to do it, but that’s hugely dependent on how the ebook and paperback perform. Also, yes, all my other series will continue!