Did you think we would get all the way through 2021 without a new release? HAH! 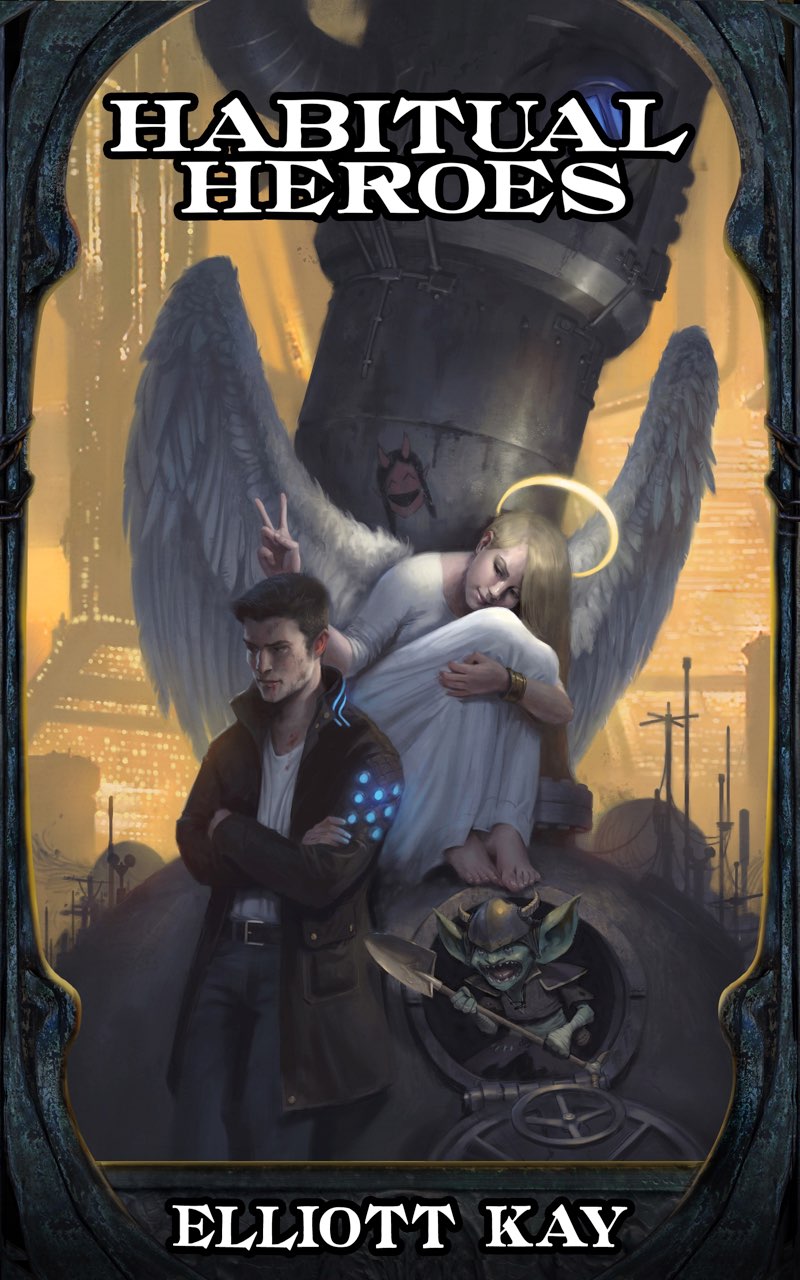 Life after an interstellar war doesn’t get much quieter with the arrival of “peace.” It doesn’t get any easier for those who stray into the magical shadows of Seattle or for a crew of monsters on the run, either. Before long, heroism can become a tough habit to break.

HABITUAL HEROES will be ebook only, with no plans for a paperback or audio version. It’s also available on Kindle Unlimited.

(Also, to head off the obvious implication: No, this cover does not mean a crossover event is happening. I just wanted to see people from the different series together. The art is by the talented Dan Watson.)

Like SMALL VICTORIES, Habitual Heroes is drawn from stories from my Patreon page, where I also share sneak-peeks of coming works and occasional commission art. Supporters there have already seen three chapters of the forthcoming Hot Restart (still in the works, but coming soon!) along with concept art and a couple semi-canonical stories from Good Intentions not included in the collection here. Supporters at my Patron tier received a copy of Habitual Heroes for free!

Whether you’re on that Patreon or you stick to the books, thank you so much for your support. Please get that booster shot and stay safe, and best wishes for your 2022!