We had to say goodbye to a friend today.

When I first stared dating my girlfriend/partner, Erica, she had an adorable tortie cat named Delenn (yes, named for exactly whom you’re thinking of). Erica had to go off to school in Boston for a couple years and my lease didn’t allow for a cat, so her mother & stepfather took Delenn in. When Erica came back from Boston, her parents had clearly fallen in love with the kitty so she let them keep her while we adopted a couple new rescue cats for our own home.

Delenn took pretty ill lately. We’re not sure exactly how old she was ’cause she was adopted as a young adult rescue kitty, but she may have made it to the age of 20.

We got back from the vet’s at about 7:30 tonight. I ran out to grab some food while Erica sat down to write something about it all. As I left the house, I found our neighbor’s cat, Kirby, sitting on our roof. He’s a big black cat built like a tank and he’s a total sweetheart.

Kirby didn’t get down until Erica was finished writing Delenn’s eulogy. I swear, it was like he was standing watch. 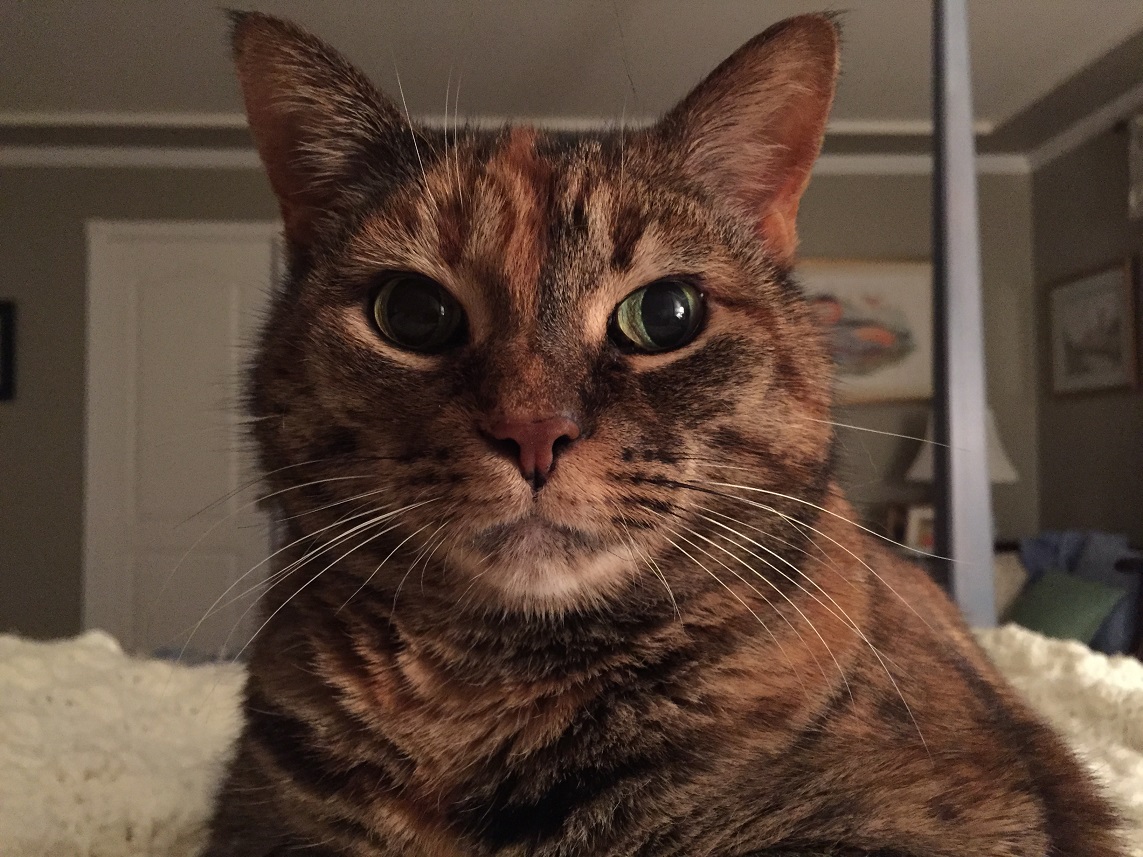