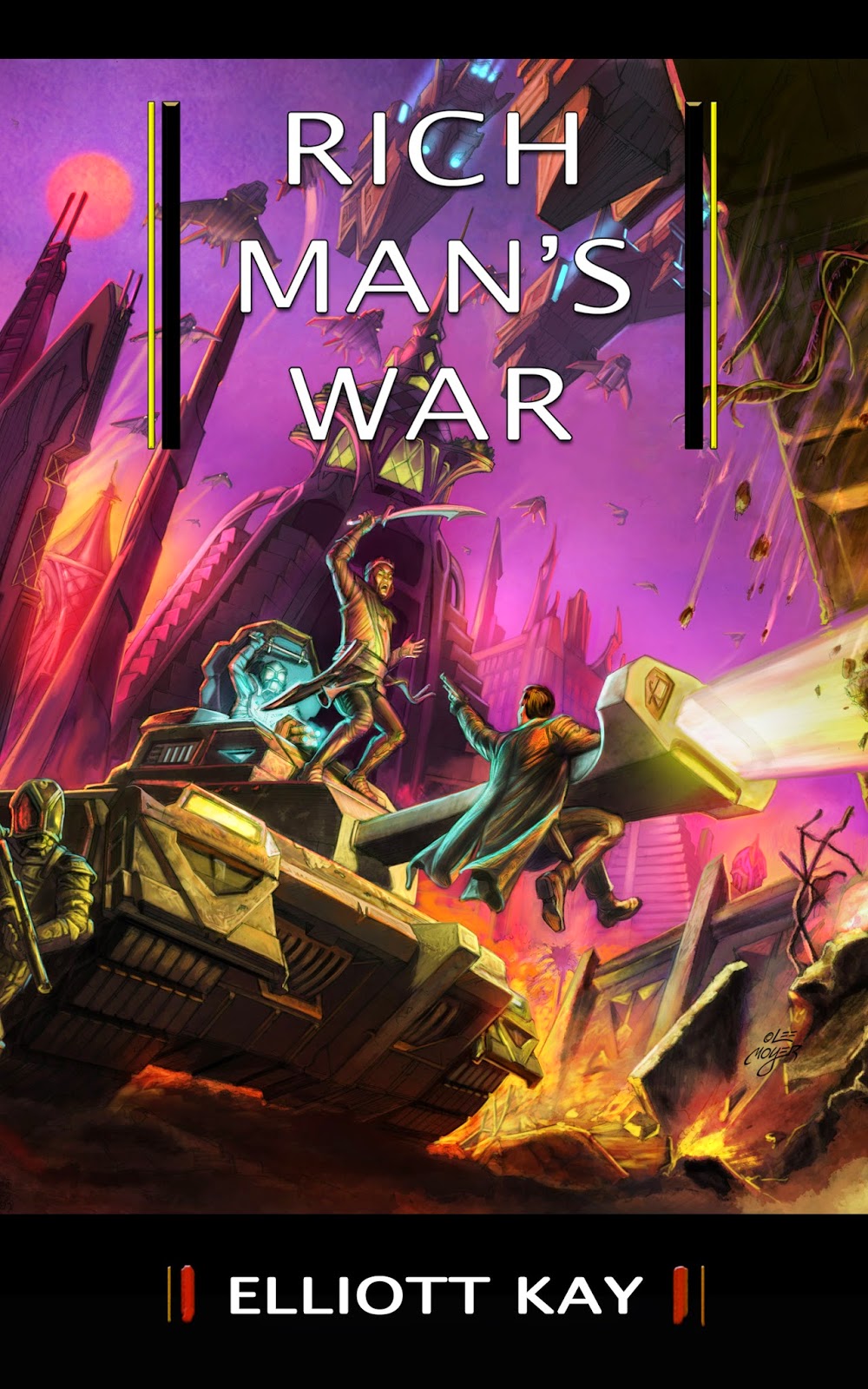 “They will never let you go…because there’s no money in it.”
No one walks away from business with the three biggest corporations in the Union of Humanity. Cutthroat trade deals, relentless propaganda and bloody covert operations drive that point home as the star system of Archangel slips further away from corporate dominance. Yet despite all their power, the Big Three are more vulnerable than anyone knows—leaving them desperate to make an example of Archangel.
Tanner Malone would gladly avoid such struggles. He’d rather just run out the clock on his enlistment in the Archangel Navy. Instead, he’s been ordered back into the front lines of a cold war that quickly grows hot. He doesn’t know about his government’s shady deals, or about the old enemies lurking in the shadows. All he knows is that the sky is falling—and he’ll have to fight like hell if he doesn’t want to be crushed beneath it.
Rich Man’s War on Amazon
Rich Man’s War on Smashwords
And yes, the paperback version is in the works!
AND IN OTHER IMPORTANT NEWS: All author profits from Poor Man’s Fight for sales from today (7/22/14) through the end of August 2014 will be donated to the Iraq and Afghanistan Veterans of America (IAVA). This is, just to be clear, the author’s portion only; Amazon and the other vendors still get their regular cut, and unfortunately I can’t really afford to eat the taxes levied on my sales. However, experience has shown that I tend to see a sales bump in all my titles when a new book comes out, and I’d like to do something good with at least some of that money. Please note: this is NOT an endorsement from the IAVA. I have had no contact with them. Their website says that anyone doing a fundraiser for them can use their name, and so I have. But I don’t want to go putting on any pretenses of affiliation or anything like that.
Once I’ve received royalty payments from the vendors for sales covering the time period listed above, I will make the donation and post pictures or other proof of said donation here on my blog (sans personal info–yes, I write under a pen name).
As always, thank you so much for your interest and support! Remember, nothing helps me out like reader reviews–so when you’re finished, a few words wherever you picked up this e-book would be much appreciated!