As I’ve mentioned before, my favorite new hobby is all about commissioning artists to create illustrations of characters from my books. I love seeing what different artists will do with the information and ideas I give them. Part of it is a matter of developing some concept art, because even I’m not 100% sure what the futuristic setting of Poor Man’s Fight looks like. I’ve been working on that, though (or, more accurately, I’ve had some artists working on it), and here’s what I’ve got so far: 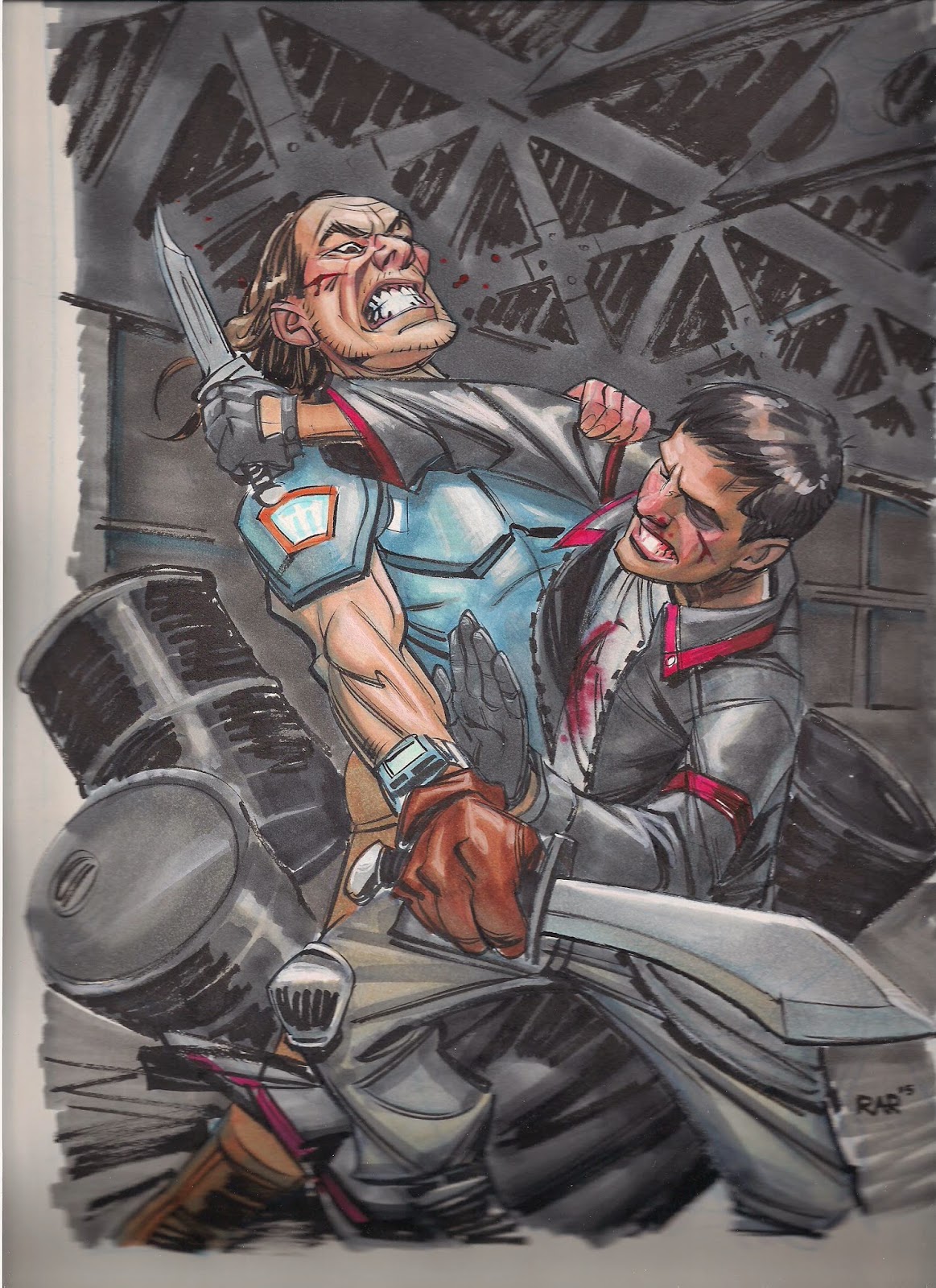 Russel Roehling put together this piece and delivered it for me at Emerald City Comic Con this past weekend. His stuff is gorgeous! The slight blurring effect at the bottom happened because the picture doesn’t quite fit into my scanner, but you’re not missing anything for it. I love how much energy Russ puts into his art. A lot of artists I talk to are happy to do relatively still portraits, but Russ is more than happy to put some action into his work. I’ll be going back to him for more! 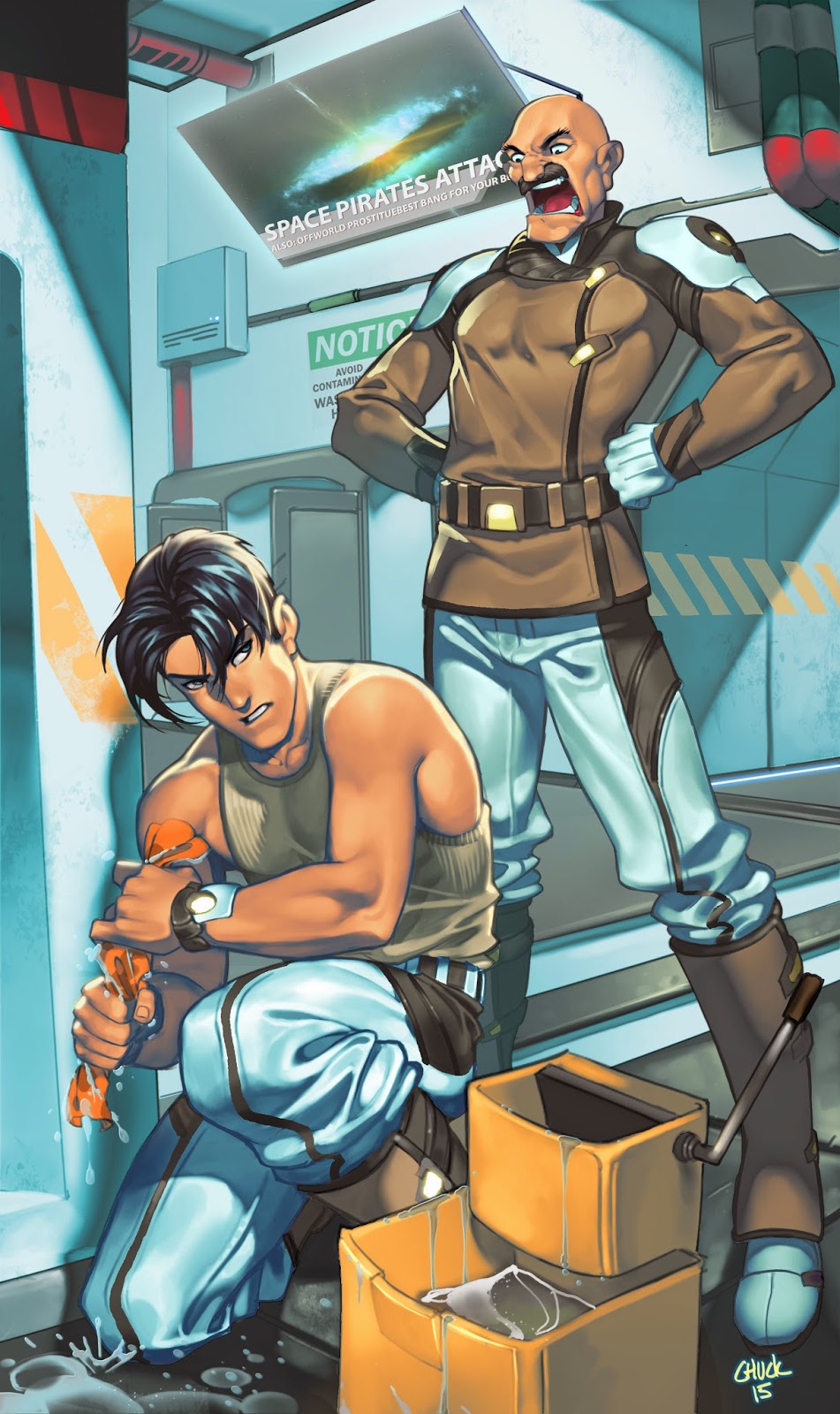 This one was done by Chuck Pires, who I found on DeviantArt. I offered him a couple of different concepts, but in the end, the thought of highlighting the “Cinderella In Space” aspect of Poor Man’s Fight kinda won us both over. He offered a quick escalation of poses from “tired and miserable” to “seriously irritated” and finally the full FML treatment above, which makes me very happy. 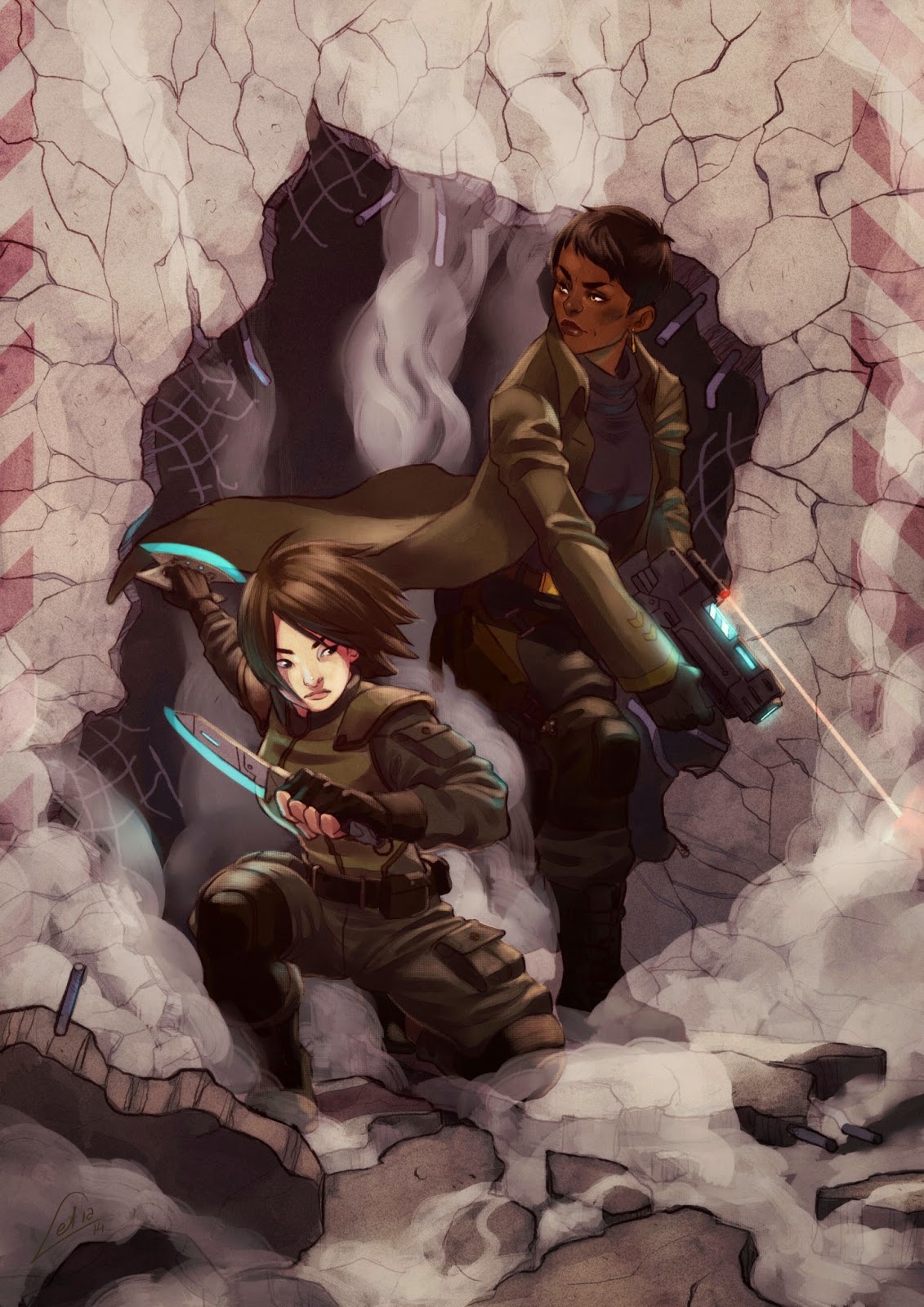 I’ve shown this one before: Alicia and Janeka, as drawn by Lelia, another artist I found through DeviantArt. Feels like it should make a second appearance here with the others, y’know? This one came to me without as many step-by-step check-ins as I’ve had with other art, so when I saw the final product I was really thrilled.
More art is on the way. There’s a piece with Casey in it that’s so close to being finished I may just add it to this post as an edit. Another piece underway will be an ensemble of most of the pirates from Vengeance. That one’s being done by Tadd Galusha, who recently did this glorious Ninja Turtles cover for IDW. I’ve also got a lady in the Philippines working on a portrait of Molly & Onyx from Good Intentions that has me really excited — I’m almost tempted to show the preliminary rough sketch, because it’s awesome enough all by itself.

Again, if by any chance you’ll be at Norwescon this coming weekend, I’ll be there, too! Check my previous post for details.

One thought on “My Favorite Bad Habit: Art Commissions”