So it turns out that Rich Man’s War is doing awesome — been at #1 in Kindle Military Sci-Fi repeatedly, with generally awesome reviews and a nice buzz. Thank you so much to everyone who picked up the book, and doubly so to anyone who left a review! They truly do make a difference, and I’m really grateful.

But in slightly awesomer news (yes, I called it that), my decision to put all of my profits from Poor Man’s Fight (from RMW’s release date of 8/22 through the end of August) to the Iraq & Afghanistan Veterans of America has already shown me a tally of over $5,000! That’s far more money than I realistically expected. I can’t tell you how good that feels…although I imagine I’ll feel better once I’ve actually gotten that money from Amazon, Smashwords, etc. and I can write the check to the IAVA.

That’s just about all for now–but once again, I found someone on DeviantArt whose style I love and who was open for commissions, and I thought, “You know who needs some attention? Alicia and Janeka.” Here’s the results. I think they look pretty good! 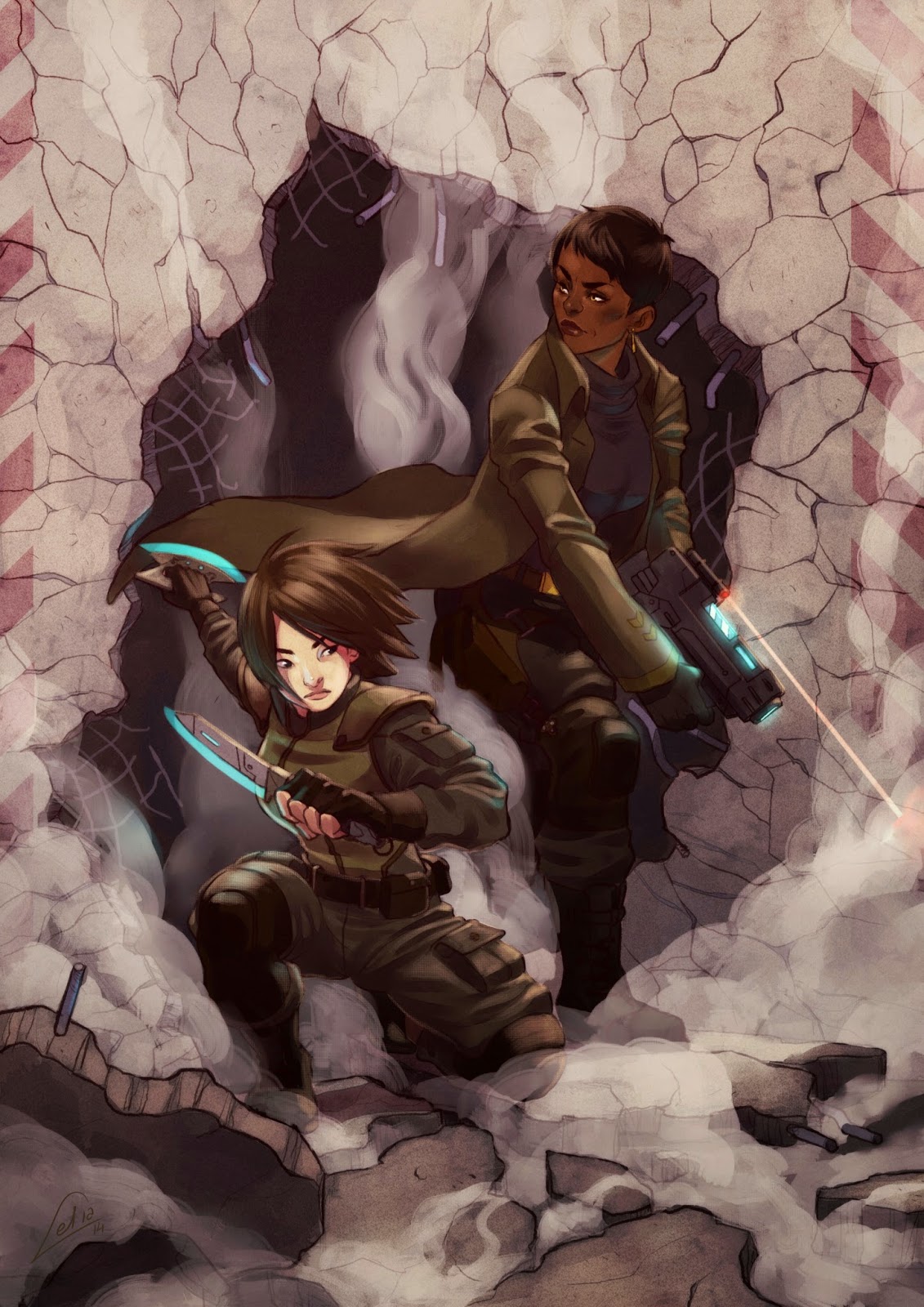 That artist, by the way, is Lelia on Deviant Art.