I read the news and watch my usual internet haunts and I keep thinking what a crummy year 2014 has been for a whole lot of people.

I could go off about Gamergate and racism and political paralysis and torture, but I sort of doubt I’m going to add anything to those subjects that hasn’t been seen elsewhere. I don’t think anyone would be shocked to find where I stand. Not if you’ve read my blog before now, at least.

So, yeah. Ugly year. There were also some good things that might easily go unnoticed, but good news doesn’t often make the biggest headlines.

I’ve had some wonderful developments that I’m not ready to talk about just yet. I can say that I’m hard at work on Book Three for Tanner and Co., and I have more good news to share on the horizon. But for now, I just wanted to share this, because it arrived just in time for Christmas. It’s pretty much the best thing I’ve ever received at Christmas time.

Dear readers, I did exactly as I promised with Poor Man’s Fight profits after Rich Man’s War came out. Thank you so, so much for all your support. I realize it’s all just fun and silliness and space pirates most of the time, and usually that’s all I’m after — but I’m so glad that we could turn some of the profits from all this popcorn into something worthwhile. The letter below is the result of a whole lot of people giving me a shot, and for that, I’m eternally grateful.

Thank you. Happy holidays, and I hope 2015 is a good year for everyone! 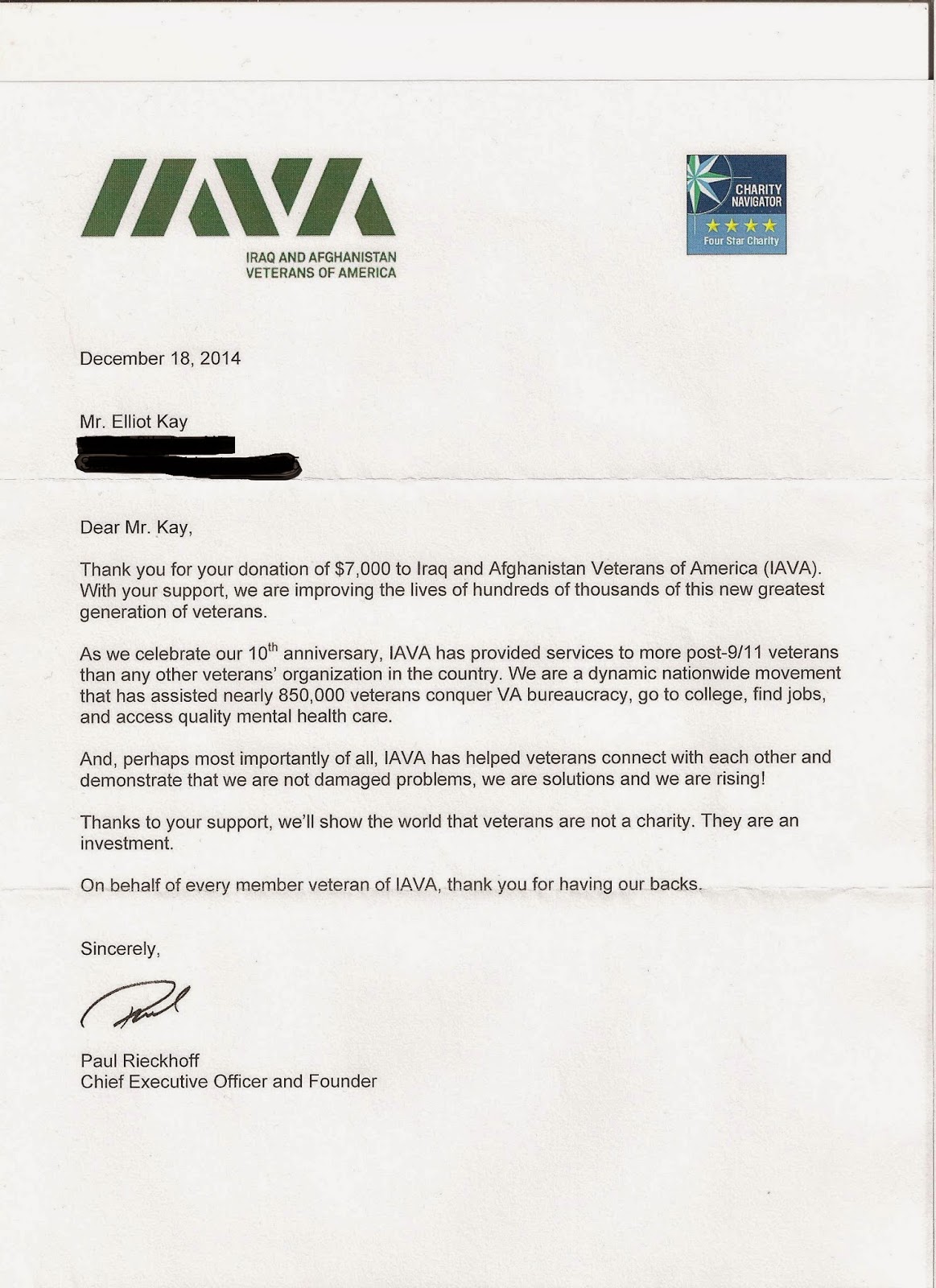