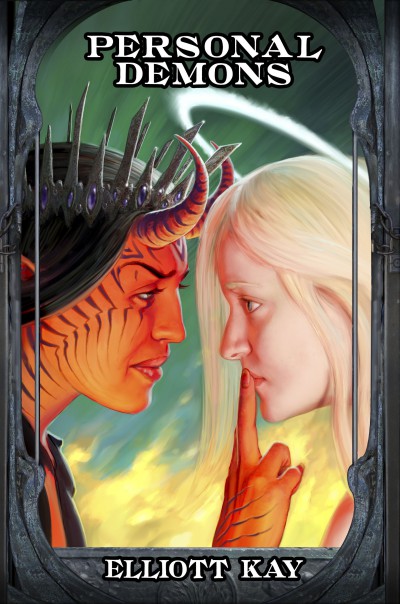 Alex always knew romance would be complicated. When love came into his life with wings and horns, he knew those complications would be a little unusual. Four months after meeting Rachel and Lorelei, Alex finally has a handle on divine visitations, supernatural enemies, and the echoes of reincarnation. He might even survive bringing an angel and a demon home for Christmas with the family.

He might not survive what comes next. A favor for friends brings Alex into a heated feud among Seattle’s sorcerers. The lords of Hell aren’t pleased with the chaos wrought by Lorelei’s escape, and they’re looking for payback. Worst of all, her angry ex-boyfriend has blown into town…and he just happens to be the Angel of Death.