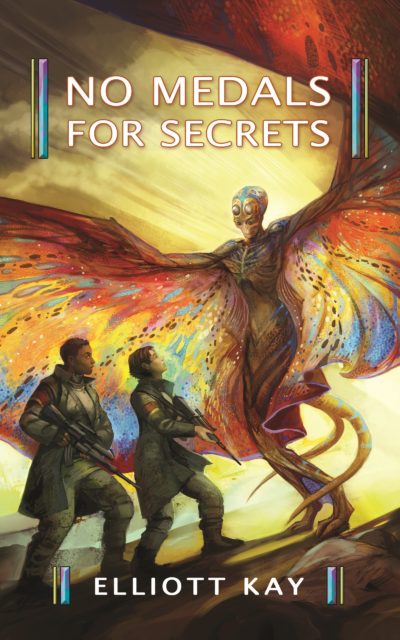 Corporal Alicia Wong thrives on the front lines. She doesn’t like the war, but she likes the challenges and the clear-cut goals. She likes knowing who her friends and enemies are, too. Yet after uncovering evidence of alien contact in violation of Union laws, Alicia finds herself in a world of espionage and covert missions. Before it’s all over, her choices may change the course of Archangel’s war—and humanity’s future.

Author’s Note: No Medals for Secrets can be read either as a stand-alone novel or as part of the Poor Man’s Fight series. Sequentially, it is the fourth book in the series. The events take place immediately after Rich Man’s War, effectively making it a sort of 2.5 entry, but unfortunately Amazon’s numbering does not allow for such editions. Read this book before or after Dead Man’s Debt!